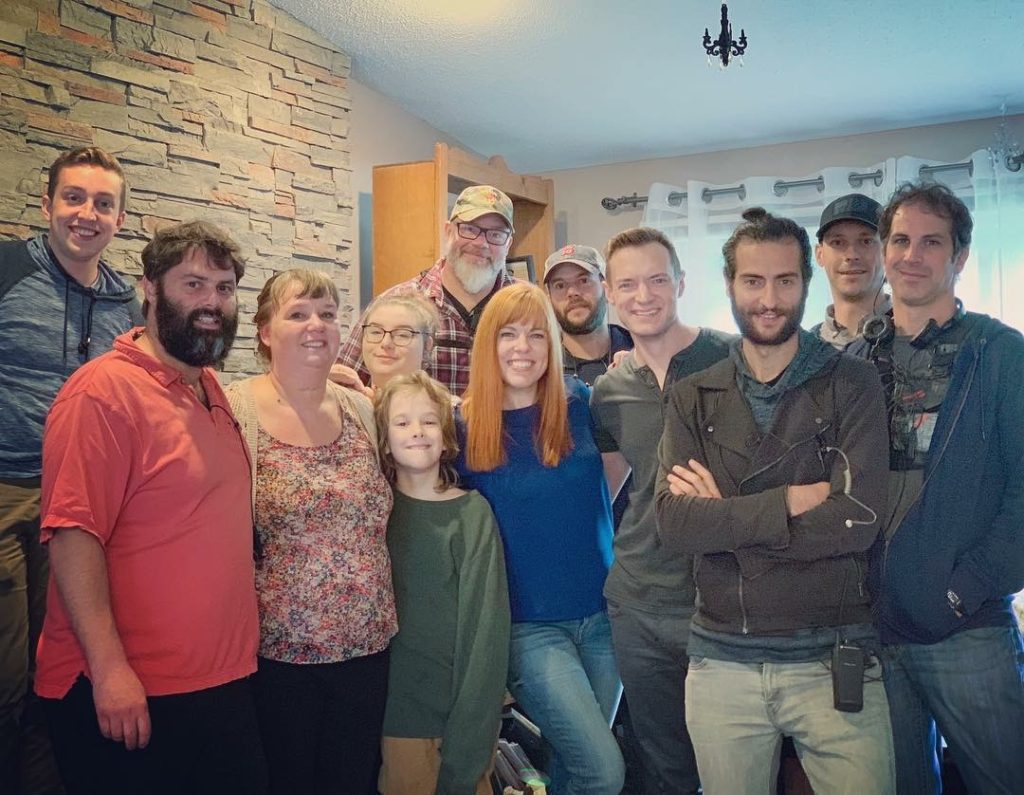 I’m back! The FAQ for Season Three, Episode One was such a hit, I’ve decided to make this a regular thing. It’s a great chance to answer questions for some eagle eyed viewers out there and let’s face it – you just can’t fit every bit of a four day investigation into a 44 minute episode. So – here we go!

What about Brady’s room?
Let me start by saying, that Brady really drove us this investigation. When he talked to us in his room, and he was clearly so distraught, we held that with us as our motivation to get answers for this family. Clearly, Sharon is the one who asked us for help, but Brady being comfortable was a huge deal to us. I just wanted to scoop him up in a hug on so many occasions while we were there, but he was definitely a little wary of us. But by the end, I think I had properly wooed him with peanut butter cups that I was able to get a high five.

We investigated Brady’s room right off the bat and uncovered a “no” EVP. But other than that, we really didn’t have any activity in there. We actually spent a good amount of time with him in the reveal explaining that his room was totally safe and that we had nothing go on in there. We really do think his loved ones who had passed away were reaching out to him, but that him asking them to stop was enough for them to do just that.

How can you undo 30 years of negativity in one night?
The time we spent in the extra room with Sharon was clearly a lot longer than what was shown. When she bought that house, her dream for that room was actually to take in a couple of foster children – and she still wants to do that. I explained to her that those kids are out there right now. That the only thing stopping them from entering her life and getting the ultimate help they need was that she was hanging on to this idea that there was negativity in that space. We did a visualization technique where she saw the room bright and cheery, with laughing children and filled with love. She really latched on to that idea – because the idea that those children are already out there needing help is a powerful one. She’s so selfless – once she realized that this power was affecting someone other than her she went full force against giving that space anymore negative thoughts. We told her that every time she felt that creeping in, to instantly go back to the vision of kids in that room, being helped and how much good will come from that one little space. It’s working – she is pretty active on my Facebook and responds to fan questions on there. She’s joined many of our families online who are our fiercest defenders when people attack us social media, ha!
Is Chip for real?
Oh yes, my friends. Chip is very for real. When we have him come into a case, we bring him in blind. Meaning, we fly him in and we don’t see him before the case. He stays at a hotel outside of what ever town we’re investigating. A crew member picks him up and brings him to the location, which he has zero prior knowledge of. Before he enters the home, we take down everything identifying that we can – photos, mementos, diplomas, you name it.
It’s hard for us to keep a poker face, as probably evidenced in this episode. Because we can see when he is spot on and we have to pretend it’s no big deal. I will say, it’s also sometimes hard as a friend because he’ll say, “Hey Amy, I’m getting a vibe from you – want me to tell you?” I usually cave and say yes and he’s almost always right.
I think that’s all for now everyone! Please keep telling your friends about the show! This next episode we head t one of our favorite places – GETTYSBURG!
Click here for a behind the scenes interview with Adam and me about this episode. Travel Channel runs these every week online and they’re a DO NOT MISS!
Click here to listen to a really fun podcast that’s been doing a recap of the show each week. Hopefully they continue to say nice things – promise we’re not paying them!
Thanks for everything! Please keep watching and don’t hesitate to ask us the hard questions, we always have an answer!


Hi Amy,
When is Kindred Spirits on in Canada?


I wish I knew! As soon as we get word though, we’ll definitely update social media! ~ a


Ok…I do believe in spirits…BUT…..Are you sure there was no one in the area up above where those footsteps were coming from?? They seemed too Heavy to a spirit. Just saying….

Was there a camera looking in that area??


Yes, actually. We had a DVR camera there the entire time. No one was up there.


Amy what happened to you when you started having experience with the paranormal?do you believe in Indigo children??


Hi Amy, I know there’s so much more to what you & Adam do than can fit in a one hour show!
I’ve often thought about the more intense cases from season 1 & 2 and how those families are now. Is there still activity? I especially think of the woman who couldn’t face the basement where her brother died. That was so sad & emotional, your help was amazing!
You & Adam are truly the best!
Catherine Gleason


I love this FAQ idea! Thanks for the extra info, Amy!


Hi Amy! Alexandra already asked my question…lol. But I also felt those footsteps were very heavy for a spirit that was leaving the building. Hubby and I are still talking about them. Ok…my other question….do you keep in contact with the families after you and Adam have completed your investigation? And, has anyone ever had to have you come back? Thank you. Love you and Adam. And love season 3.


The episode was about my daughter, who was a farmer, always stomping around in her work boots. I have heard the SAME boot stomps in my attic, I was there, and the entire crew was downstairs, with the cameras running upstairs.


Hi Sharon. Thank you for your kind reply. I knew the episode was about your daughter that passed. But guess I missed the part about her being a farmer. So yes, those heavy footsteps would make complete sense. Blessings to you and your family.


Hi Amy and Adam!
I and my son LOVE Kindred Spirits! I started watching you on TAPS
and was so happy you both started this show!
Keep up the investigations!

All our best,
Natalie & Nikolas


dmy & Adam, i love you guys! You were kind of always thrown together on TAPS, so it makes sense that you 2 should be a team now. You’ve always worked well together. I love the fact that y’all are having Chip join the team on occasion. He is the real deal. So, what does John E.L.Tenney do? I know he’s always looking for a portal where ghosts & demons come & go on his show Ghost Stalkers with Chad Lindbergh. Bye the way, did that show get cancelled? I’m just really interested in finding who all will be working with ya’ll this season. Everybody needs a little help sometime. Good Luck to you on your ventures! I will be praying for your safety.


At what age did Chip know of his physic gift?


That’s a question for Chip. I’m not sure.


Thanks for extra info …i love Kindred Spirits and Ami and Adam and Chip! The best of all the paranormal shows in my opinion. And Travel Channel here has Kindred Spirits in Canada. Loving it … Heres to many more spirited seasons!
A big fan in Canada
Connie


I love the show …this episode was quite intense. Its awesome you all were able to help bring peace and empty out the negative energy. I pray the mom and kids can find peace now. I learned from this episode that anger and negative energy can transform into a form that takes over space and lead to disturbances.. And feeds…that disturbs me…
Anyway …..thanks fur all your good work. Been following since Ghost Hunters…(miss them)…
Looking forward to the next episode.


This min at sound like a crazy question, but can spirits feel thing? So we have our 5 senses, but watching your show and other paranormal shows we experience voices of spirits and they hear you. I’m just trying curious about if they, the spirits can feel or taste?


Dear Amy,
I feel that your expert is woefully uninformed about true Satanists. A proper study of the subject reveals that they believe in and worship
Satan Satan as the Prince of the Earth. Please don’t pass on false info that Satanists are atheists who don’t believe in the existence of Satan. This information is just wrong.


Will there be an FAQ/blog post for Waverly? Thanks