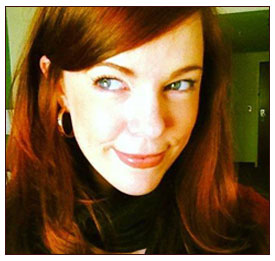 Amy Bruni, co-star and Executive Producer of the hit paranormal series “Kindred Spirits”, calls upon over 20 years of investigation experience to help people reclaim their homes and lives from the mysteries of the unknown. Amy’s passion for helping others comes together with her love for paranormal exploration as she rejoins her partner in crime, Adam Berry, and forms a paranormal powerhouse aimed at helping families in crisis find answers from the world beyond the veil.

Prior to “Kindred Spirits”, Amy was a star of SYFY’s popular paranormal program, “Ghost Hunters”. Joining the cast in 2008, Amy traveled the country exploring the most haunted locations in America while working as the team’s historical researcher to give identity to the long forgotten spirits they encountered during their travels. After seven exciting years with the show, Amy exited to focus on her growing family and start her own paranormal travel company, “Strange Escapes”.

Her love of travel mixed with her passion for the unknown flourished as she now invites lovers of travel and mystery to try their hand at investigating some of the country’s most infamous haunts, including the Mt Washington Hotel, The Queen Mary, and The Stanley Hotel. 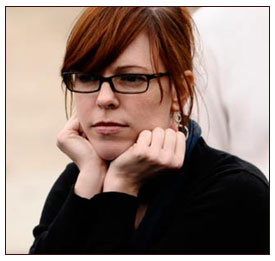 Even with her return to television with “Kindred Spirits”, Amy loves to stay busy and active within the paranormal community, continually finding new and exciting haunts for her travel business. She invites those looking to experience the bizarre and unknown to join her and other paranormal celebrity guests at her Strange Escapes throughout the year.
In the rare instances that Amy finds a bit of free time from investigating or running her travel business, she enjoys scouring antique stores for spiritualist memorabilia, hitting the beach, and drinking wine. Though she stays busy, she’ll never say no to a good ghost hunt- or chardonnay.